Picking up the latest gaming PC for under $1000 is a challenge. As a gamer, you want to squeeze the most performance of your hardware at the same time you do not want to break the bank. Picking up a prebuilt gaming desktop is one of the best ways to get value out of your dollar. The hardware is in most cases selected by experts and the software optimized to deliver the best performance. However, this does not mean that all PCs under 1000 dollars are high quality. Some unscrupulous manufacturers are selling substandard hardware at exorbitant prices while there are some outdated models in the market. We've saved you the trouble by testing a couple of gaming PCs under $1000 to come up with the best five.

Without any further ado, here are the best five gaming desktop computers for 1000 dollars or less: 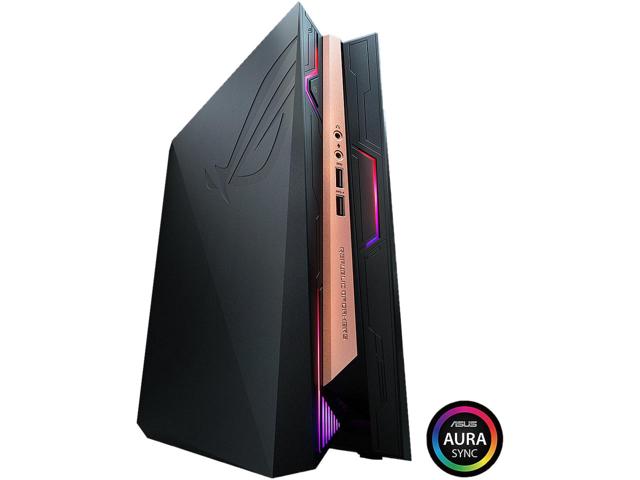 The Asus GR8 II comes into the fray as a small form factor gaming station. Very similar in specs to theCYBERPOWERPC GXIVR8020A4, the GR8 II-T069Z offers a competitive price point for VR gaming. Aside from the i5- 7400 processor and the GTX 1060 inside, the design is another impressive factor about this piece of hardware. It has a lightweight and compact design, the GR8 II can be a desktop PC, a home entertainment console, or portable gaming rig.

Powered by a 3.0 GHz Intel Core i5-7400 Quad-Core processor and 16GB of DDR4 RAM, it can efficiently multitask and quickly access frequently used files and programs. In order to upgrade this system's performance, you can replace the pre-installed RAM modules with higher capacity sticks. For handling the high-quality graphics offered by today's titles, the GR8 II is equipped with a dedicated NVIDIA GeForce GTX 1060 graphics card with 3GB of GDDR5 VRAM. It tends to imitate the consoles but looks much better than any release from both Sony and Microsoft. The external build has a red lighting that complements its overall black color and to cap it all off the gaming station has 512 GB of SSD and 1 TB HDD. Regarding benchmark performance of some modern titles the Asus GR8 II had the following scores:

The Asus certainly makes the cut because of its impressive design and the fact that it has the latest Skylake processor in the i5-7500, an absolute beast in gaming. The GTX 1060 is powerful enough to power through the latest PC game iterations at 1440p and is laden with connectivity ports that make this system double as both a console and productivity PC. For slightly under a thousand bucks this PC is a major steal. 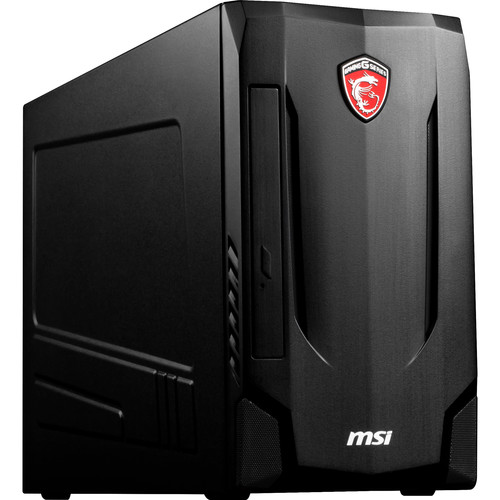 The cheapest of the Nightblade bloodline the MIB holds its place as a good value PC at slightly less than $1000. Despite its compact design, the MIB will surprise many considering its power and upgradability. Most impressively, the hardware is good enough for VR gaming as well as standard games. The Nightblade MIB has a 10-liter case, but supports normal components. The components are also easily accessible and ready to be upgraded at any time. Whether you're expanding storage or upgrading your processor or graphics card, you can keep your Nightblade MIB up to date with the latest hardware. Graphics are handled by a MSI GeForce GTX 1060 graphics card with 3GB of GDDR5 VRAM.

The MIB packs an Intel i7-7700 processor under the hood coupled up with the GTX 1060. How's that for power? Perfect both as a working PC and as a gaming center the MIB shines in every department. Games run efficiently and app load times and rendering as fast as they can be. On the benchmark test of Battlefield 1 and Crysis 3 both at 1440p.

While they could improve on the 8 GB DDR4 RAM and 1 Tb HDD with no SDD, there is not much else to complain about this gaming machine. Pound for pound there are very few gaming desktops under 1000 dollars that can rival the MSI Nightblade MIB for value.

Created for the casual gamer who wants a high-performance gaming platform. The Asus G11CD-DS71 brings that and more. Wielding the power to work as a gaming station and a productivity hub, the G11CD-DS71 boasts an Intel i7-7700 and a GTX 1050 graphics card. Asus ships the machine with a keyboard and mouse combo and in addition, the G11CD brings customizable RBG lighting to the table alongside a 1 TB HDD and 8 GB DDR4 RAM for seamless multitasking.

Gaming ready, this gaming PC has extensive connectivity with two USB 3.1, two USB 3.0, two USB 2.0, VGA port, HDMI port, LAN port, card reader at the front for all the accessories you might have. VR ready, the G11 manages to stay cool during heated battles and runs very silent at 26 decibels when idle. On the benchmark scores, the following games were tested at 1080p resolution:

From its packaging the CybertronPC Shockwave X6-9600 promises an electrifying experience and it delivers nothing less. The liquid cooled AMD FX-6300 unlocked hexacore processor in this gaming system delivers optimum power so that only your skills are to blame if you lose that online duel. In addition to the processor, the system packs an impressive 16GB DDR3 memory and has the NVIDIA GeForce GTX 960 card tucked inside. To cap the hardware superiority, it has a 1TB/8GB hybrid drive combo for faster booting and loading times.

In terms of software, the X6-9600 comes with 64-bit Windows 10 preinstalled and is free from any bloatware and third-party apps that will likely impair the user experience.

This rig was designed for graphic lovers as it can enjoy gaming content on a 4K screen. It sports an AMD FX series processor that we have come to love and pairs it with the ever-capable NVIDIA GTX 1060 card. This card will churn the best out of your machine by enabling you to run graphic intensive games even at high settings. With a small investment of a few dollars shy of a thousand bucks on Amazon, the GUA4500 gets you:

Most people customize their gaming rigs after purchase, but the first step is always getting the best bang for your buck on purchase. The important pillars to knock down when looking to purchase a gaming hub are as follows. Graphics cards, one of the most important parts of a gaming machine. At this price point, most PCs have the GTX 1060 and the 1050 while others sport the AMD RX series. Do some research and know the capabilities of a graphic card before you make your purchase. It is important to note however that 4K gaming is hard to find in this range because they typically require a higher budget. A good processor and sizable RAM also count. For the RAM the least amount should be 8 GB. Also, newer DDR4 and DDR5 memory technologies are preferred due to faster success speeds. Lastly, due to large game sizes the least HDD you should take is 1TB.